WHO calls for worldwide use of “smart” syringes 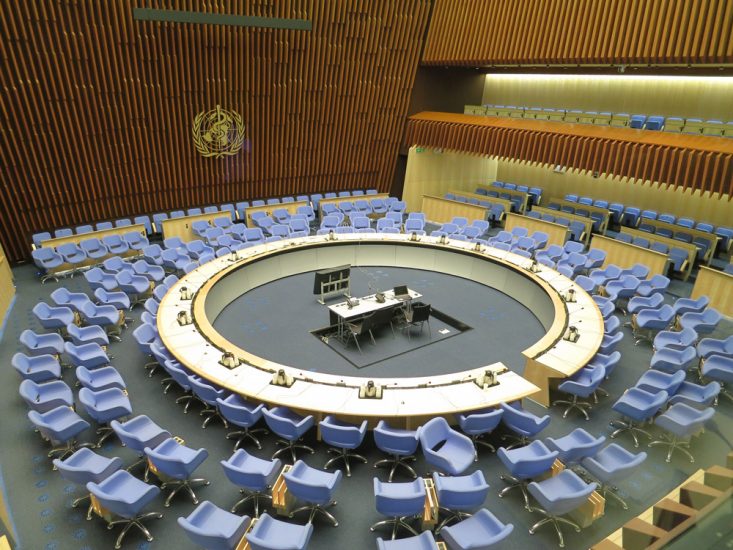 Use of the same syringe or needle to give injections to more than one person is driving the spread of a number of deadly infectious diseases worldwide. Millions of people could be protected from infections acquired through unsafe injections if all healthcare programmes switched to syringes that cannot be used more than once. For these reasons, WHO is launching a new policy on injection safety to help all countries tackle the pervasive issue of unsafe injections.

A 2014 study sponsored by WHO, which focused on the most recent available data, estimated that in 2010, up to 1.7 million people were infected with hepatitis B virus, up to 315 000 with hepatitis C virus and as many as 33 800 with HIV through an unsafe injection. New WHO injection safety guidelines and policy released today provide detailed recommendations highlighting the value of safety features for syringes, including devices that protect health workers against accidental needle injury and consequent exposure to infection.

WHO also stresses the need to reduce the number of unnecessary injections as a critical way of reducing risk. There are 16 billion injections administered every year. Around 5% of these injections are for immunizing children and adults, and 5% are for other procedures like blood transfusions and injectable contraceptives. The remaining 90% of injections are given into muscle (intramuscular route) or skin (subcutaneous or intradermal route) to administer medicines. In many cases these injections are unnecessary or could be replaced by oral medication.

“We know the reasons why this is happening,” says Dr Edward Kelley, Director of the WHO Service Delivery and Safety Department. One reason is that people in many countries expect to receive injections, believing they represent the most effective treatment. Another is that for many health workers in developing countries, giving injections in private practice supplements salaries that may be inadequate to support their families.”

Transmission of infection through an unsafe injection occurs all over the world. For example, a 2007 hepatitis C outbreak in the state of Nevada, United States of America, was traced to the practices of a single physician who injected an anaesthetic to a patient who had hepatitis C. The doctor then used the same syringe to withdraw additional doses of the anaesthetic from the same vial – which had become contaminated with hepatitis C virus – and gave injections to a number of other patients. In Cambodia, a group of more than 200 children and adults living near the country’s second largest city, Battambang, tested positive for HIV in December 2014. The outbreak has been since been attributed to unsafe injection practices.

“Adoption of safety-engineered syringes is absolutely critical to protecting people worldwide from becoming infected with HIV, hepatitis and other diseases. This should be an urgent priority for all countries,” says Dr Gottfried Hirnschall, Director of the WHO HIV/AIDS Department.

The new “smart” syringes WHO recommends for injections into the muscle or skin have features that prevent re-use. Some models include a weak spot in the plunger that causes it to break if the user attempts to pull back on the plunger after the injection. Others have a metal clip that blocks the plunger so it cannot be moved back, while in others the needle retracts into the syringe barrel at the end of the injection.

Syringes are also being engineered with features to protect health workers from “needle stick” injuries and resulting infections. A sheath or hood slides over the needle after the injection is completed to protect the user from being injured accidentally by the needle and potentially exposed to an infection.

WHO is urging countries to transition, by 2020, to the exclusive use of the new “smart” syringes, except in a few circumstances in which a syringe that blocks after a single use would interfere with the procedure. One example is when a person is on an intravenous pump that uses a syringe.

The Organization is also calling for policies and standards for procurement, safe use and safe disposal of syringes that have the potential for re-use in situations where they remain necessary, including in syringe programmes for people who inject drugs. Continued training of health workers on injection safety – which has been supported by WHO for decades – is another key recommended strategy. WHO is calling on manufacturers to begin or expand production as soon as possible of ”smart” syringes that meet the Organization’s standards for performance, quality and safety.

“The new policy represents a decisive step in a long-term strategy to improve injection safety by working with countries worldwide. We have already seen considerable progress,” Dr Kelley says. Between 2000 and 2010, as injection safety campaigns picked up speed, re-use of injection devices in developing countries decreased by a factor of 7. Over the same period, unnecessary injections also fell: the average number of injections per person in developing countries decreased from 3.4 to 2.9. In addition, since 1999, when WHO and its partner organizations urged developing countries to vaccinate children only using syringes that are automatically disabled after a single use, the vast majority have switched to this method.

Syringes without safety features cost US$ 0.03 to 0.04 when procured by a UN agency for a developing country. The new “smart” syringes cost at least twice that much. WHO is calling on donors to support the transition to these devices, anticipating that prices will decline over time as demand increases.