Needle stick injuries in the community 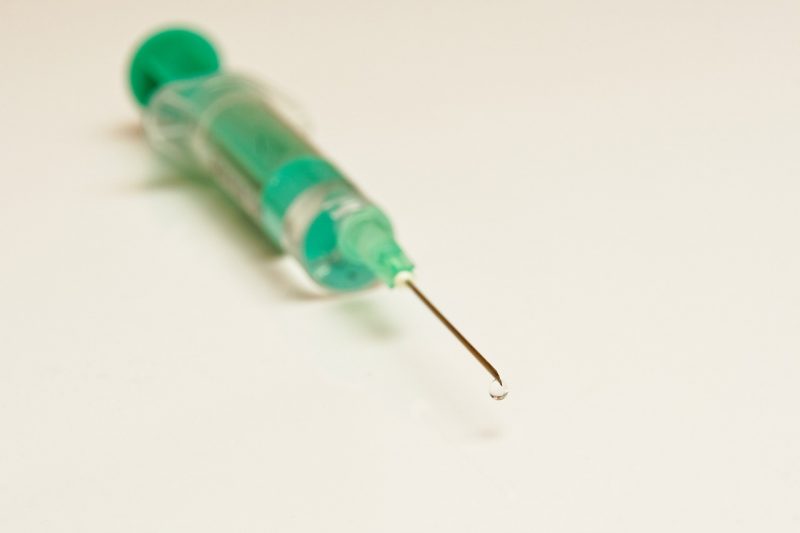 Injury from used needles and syringes found in community settings arouses much concern, especially when children find discarded needles and injure themselves while playing with them. The user is generally unknown, and parents and health care providers fear that the needle may have been discarded by an injection drug user. Although the actual risk of infection from such an injury is very low, the perception of risk by parents results in much anxiety. Evaluation and counselling are needed. The present document updates the Canadian Paediatric Society’s position statement published in 1999 [1].

The important pathogens to be considered in this situation are hepatitis B virus (HBV), hepatitis C virus (HCV) and HIV [2][3]. It is essential that the health care provider be knowledgeable about the risks of acquisition of these viruses following needle stick injuries, and the recommendations for management and follow-up. The prevalence of HBV, HCV and HIV among injection drug users varies in different regions in Canada and may change rapidly. In the absence of up-to-date local data, it is prudent to assume that the needle may have been contaminated with one or more of these viruses.

There have been single case reports of HBV [4] and HCV [5] transmission and no reported transmission of HIV following injuries by needles discarded in the community. A review of the literature [6]–[17] up until September 2007 yielded 12 case series from areas of high prevalence of blood-borne viruses. These involved a total of 483 children with follow-up for HIV, 452 for HBV and 265 for HCV. There were no infections. The majority of children received HBV prophylaxis, if it was indicated, but only 130 children received antiretroviral prophylaxis.

Follow-up after any significant needle stick injury is essential. The clinician dealing with the initial incident should ensure that the parents and child understand the importance of follow-up, and that appropriate arrangements are made. Parents sometimes assume that if blood tests that are performed at the time of injury are negative, then there is no possibility of infection and no need for further testing.

Needle stick injuries may be prevented by educating children, parents, educators and health care providers about the dangers of handling used needles, syringes and other objects contaminated with blood. Children need to be made aware at an early age. In the studies of injuries from discarded needles referred to above, the mean ages of the injured children were five to eight years. In one study [8], 15% of injuries occurred in children pretending to use drugs. There is a community responsibility to provide adequate cleanup of parks and schoolyards. In addition, community commitment is necessary to support addiction treatment and infection prevention programs for injection drug users.

HBV is the most stable of the blood-borne viruses and can be transmitted by a minute amount of blood. The risk of acquiring HBV from an occupational needle stick injury when the source is hepatitis B surface antigen (HBsAg)-positive ranges from 2% to 40%, depending on the source’s level of viremia [2]. HBV can survive for up to one week under optimal conditions, and has been detected in discarded needles [6][18]. A case of HBV acquired from a discarded needle used by a known HBV carrier has been reported [4].

Although HBV vaccine is now recommended for all children in Canada, most programs target children who are older than the usual age at which they sustain accidental needle stick injuries [19]. Thus, the majority of injured children are likely to be susceptible to HBV infection. Postexposure prophylaxis with anti-HBV immunoglobulin and HBV vaccine is effective if provided promptly [20].

The risk of acquiring HCV as a result of an occupational needle stick injury when the source was infected varies from 3% to 10% [2]. HCV is thought to be a fragile virus which would be unlikely to survive in the environment, but there are little data at this time. There has been a case report [5] of HCV acquisition after an injury from a discarded needle.

Unfortunately, there is no effective postexposure prophylaxis at present. Alpha-interferon and ribavirin are used in therapy of chronic HCV infection [21], but their benefit for prophylaxis is not known. It is important to determine whether a potential exposure results in transmission of HCV because 50% to 60% of infected children will have persistent, asymptomatic infection for which follow-up by a specialist is indicated. Chronic hepatitis will eventually develop in some of these cases, and antiviral treatment may be required [22].

The risk of acquisition of HIV from a hollow-bore needle with blood from a known HIV seropositive source is between 0.2% and 0.5%, based on prospective studies [2][23] of occupational needle stick injuries. The risk is increased with higher viral inoculum, which is related to the amount of blood introduced and the concentration of virus in that blood. The size of the needle, the depth of penetration and whether blood was injected are also important considerations. In most reported instances involving transmission of HIV, the needle stick injury occurred within seconds or minutes after the needle was withdrawn from the source patient.

In contrast to the situation with health care workers, the source of blood in discarded needles is usually unknown, injury does not occur immediately after needle use, the needle rarely contains fresh blood, any virus present has been exposed to drying and environmental temperatures, and injuries are usually superficial. HIV is a relatively fragile virus and is susceptible to drying. However, survival of HIV for up to 42 days in syringes inoculated with the virus has been demonstrated, with duration of survival dependant on ambient temperature [24]. One study [25] found no traces of HIV proviral DNA in syringes discarded by intravenous drug users, while another study [26] found HIV DNA in visibly contaminated needles and syringes from shooting galleries.

It is extremely unlikely that HIV infection would occur following an injury from a needle discarded in a public place. However, if the incident involved a needle and syringe with fresh blood, and if some of the blood was injected, infection is theoretically possible and prophylaxis is indicated. In occupational needle stick exposures, zidovudine prophylaxis was shown to reduce the risk of HIV transmission from a positive source by 80% [23]. Prophylaxis with combination antiretroviral therapy is presumed to be even more effective. Whether two or three drugs should be used is controversial. The use of three drugs is based on observations in treatment of HIV infection and the assumption that maximum suppression will be most effective in preventing infection. On the other hand, two drug regimens are better tolerated and adherence may be better with two than with three drugs [27][28].