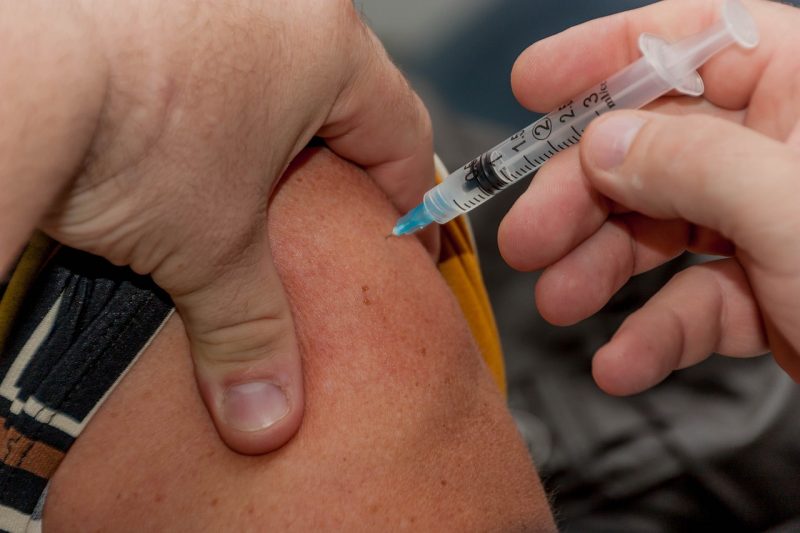 Needlestick injuries continue to be an important public health concern because they can expose healthcare workers to blood-borne viruses such as human immunodeficiency virus (HIV) and hepatitis. The findings are of concern in light of recent measures by government regulators and the medical community aimed at reducing needlestick injuries.

Government regulators such as the Joint Commission on Accreditation of Healthcare Organizations (JCAHO) and the Occupational Safety and Health Administration (OSHA) are working together to provide a safe environment for healthcare workers. JCAHO issued an “alert” geared toward improving healthcare facility compliance with provisions of the Needlestick Safety and Prevention Act. OSHA’s Office of Occupational Health Nursing and the Office of Occupational Medicine share technical information and best practices to control bloodborne pathogen and needlestick hazards in the workplace, while identifying important issues and potential methods to address these issues.

“It was important for us to quantify the incidence and assess the risks of needlestick injury in nurses caring for diabetes patients,” said Lars Nicklasson, senior manager, health economics and outcomes research, at Novo Nordisk Inc. “The study is not only the first to show the high risk of needlestick injury among nurses injecting insulin, but also confirms previous incidence estimates among nurses.”

Study and findings
The study was based on responses to an internet-based survey from nurses caring for patients with diabetes in 381 different hospitals throughout the United States. Of 400 nurses who responded, 313 (78.3 percent) reported experiencing at least one NI, 110 (27.5 percent) reported at least one NI within the last twelve months, and 44 of them (40 percent of 110) reported multiple NIs. Nearly two-thirds of these injuries (73/110; 66.4 percent) were punctures that drew blood, resulting in one case of hepatitis C. NIs occurred most commonly when the nurses were injecting insulin (33/110; 30 percent).

Of the 110 NIs reported over the past year, disposable syringes were involved in 88 (80 percent) and half (55) involved a needle device equipped with a safety feature that was ineffective, mostly because it was not fully activated (47/55; 85.5 percent) or it malfunctioned (2 to 5; 3.6 to 9.1 percent). Nurses reported the injuries in accordance with current regulations and policies only 21.8 percent of the time.

In the two weeks following their NI, 60.1 percent of nurses said they were more afraid of needle devices than before the injury and 41.8 percent felt anxious, depressed, or stressed. As a direct result of the NIs, nurses surveyed missed 77 days of work.

Study author Chris L. Pashos, Ph.D., from HERQuLES – Abt Associates Inc., Lexington, Mass. said, “Not only do these injuries have potential health consequences; the emotional distress and resulting missed work days affect healthcare services and resources. Clearly, there is much room for improvement in protecting healthcare workers from injury with needle devices, particularly for nurses caring for patients with diabetes.”

About needlestick safety
According to the American Nursing Association, health care workers suffer between 600,000 and one million injuries from conventional needles and sharps annually. These exposures can lead to hepatitis B, hepatitis C and HIV. At least 1000 health care workers are estimated to contract serious infections annually from needlestick and sharps injuries. Over 80 percent of NIs could be prevented with the use of safer needle devices. Less than 15 percent of U.S. hospitals use safer needle devices and systems.

According to the American Hospital Association, one case of serious infection by bloodborne pathogens can soon add up to $1 million or more in expenditures for testing follow-up, lost time and disability payments. The cost of follow-up for a high-risk exposure is almost $3,000 per NI even when no infection occurs.

Novo Nordisk is a healthcare company with an 80-year history of innovation and achievement in diabetes care. With the broadest diabetes product portfolio in the industry, including the most advanced products within the area of insulin delivery systems, Novo Nordisk is a world leader in diabetes care. In the United States, Novo Nordisk’s ambition is to change the course of diabetes for good. Working as a catalyst to improve diabetes prevention and treatment, the company strives to be the preferred partner for employees, patients, healthcare providers, and others in the healthcare system who share its vision to defeat diabetes. In addition to diabetes care, Novo Nordisk has a leading position within areas such as hemostasis management, growth hormone therapy, and hormone therapy for women. Novo Nordisk’s business is driven by the Triple Bottom Line: a commitment to economic success, environmental soundness, and social responsibility to employees and customers. With headquarters in Denmark, Novo Nordisk employs approximately 20,250 full-time employees in 78 countries, and markets its products in 179 countries. Novo Nordisk’s B shares are listed on the stock exchanges in Copenhagen and London. Its ADRs are listed on the New York Stock Exchange under the symbol ‘NVO’. For global information, visit www.novonordisk.com; for United States information, visit www.novonordisk-us.com.